After I had build my first tiny champion, I build a few other, larger drones - but I couldn't get the idea out of my mind to build more tiny champions, and the idea of having them have custom paintjobs was something I wanted from very early on.

Now there was just one problem: I suck at painting, and I didn't know where to start. At some point however I remembered that as a teenager I always wanted to get into airbrushing, but never did. So guess what? I bought all the airbrush gear, and learned the basics on how to use it.

Around the same time I got a christmas gift from my friend Shane, aka PressureFPV - as he had expressed interest in my Tiny Champions, I decided to build him one - picking the colors of the racing team we both used to be in as the basis for a design.

I think it came out quite well? 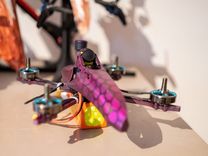 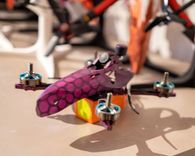 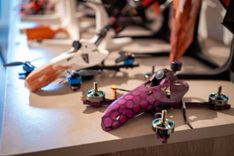 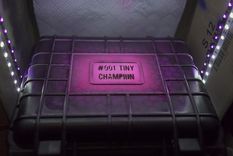