I've been looking for the next frame to build for a while, and nothing really spoke to me - until I saw this one on Bardwells show. Now its not the looks (I don't like 'em too much) of the frame that drew my attention, but that this frame is doing two things differently than others.

The first one is (in my opinion) a bit of a gimmick - for some of the things where you'd normally put screws through TPU they designed nylon - either the part in nylon (motor protectors for example) or an nylon-inlay that the screws go through (front bumper). The claim is that screwing through TPU allows for vibrations that with a hard part won't happen - however, to me it unclear if that is actually improving things, or if TPU is actually better because its dampening.

The second one is that the frame is designed with a cable channel between the arms, thats extended in a cable-management nylon-piece in the bag, supposedly allowing really clean builds - which is true. But it comes with the downside that you have to take your hd system apart so you can build the kwad around the camera cable, and that it gets much more annoying to do maintenance, as you can't just lift a piece with it cables out off the kwad.

There is a few details where the build really annoyed me - for example the vista-antenna mount for example is to small for the antenna ufl connector so its tricking getting the antenna in - other mount solve that with a cut on the side and a ziptie. Another example is that the "standard gopro mount" for which they provide an STL, is actually so low that a typical go-pro style thumb screw would touch props - and btw, no nylon inserts for this mount ;)

But all annoyances aside, the maiden flight with this build was a lot of fun, it flew quite well - so well even that I forgot time, and didn't see the voltage of my battery up until it was to late..

I wouldn't recommend this frame to anyone beginning to build, and its deffo not going into the list of my most favourite frames, but I like that it innovates, and again, it flies quite nicely. 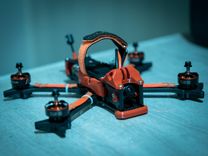 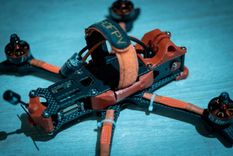 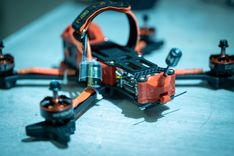 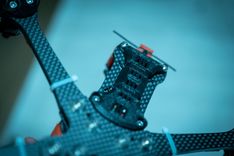