When I first saw the footy frame I was amazed by the Idea of a frame that could be used in multiple configurations - and ordered one right away.

When it arrived I hadn't fully made my mind up on how to build it yet, and after staring at the frame box for days, I ultimately went with the canopy-up "race configuration".

While building I learned there is a few things I really dislike about the footy:

so yeah, this ended up not being my most favorite frame.

Well since I didn't want mine to be like every other one, I ended up making a snout-mount for the caddx peanut. Its probably the most stupid way to mount it, but hey, it kinda looks different. 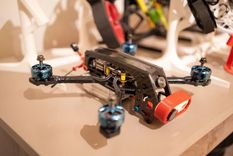 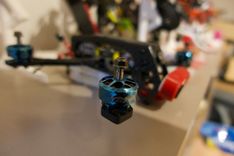