When I saw the TBS Source Aureo, I really wanted to try it out, and since a 7" long-range capable drone had been on my wish list for a while, I decided to give it a try.

Sadly, when I finally got to fly it for the first time, months after I had build it, two motors managed to lose their screws and the drone crashed after about a minute of flight.

Looking at the damage, especially the damage to the frame, it seems the foam layer of the frame had become slightly flexible, which had given the screws enough wiggle room to wiggle out - also the foam and the carbon delaminated, if that was part of the cause, or if thats a result.. I won't be building on this frame again. 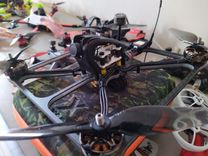 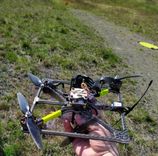